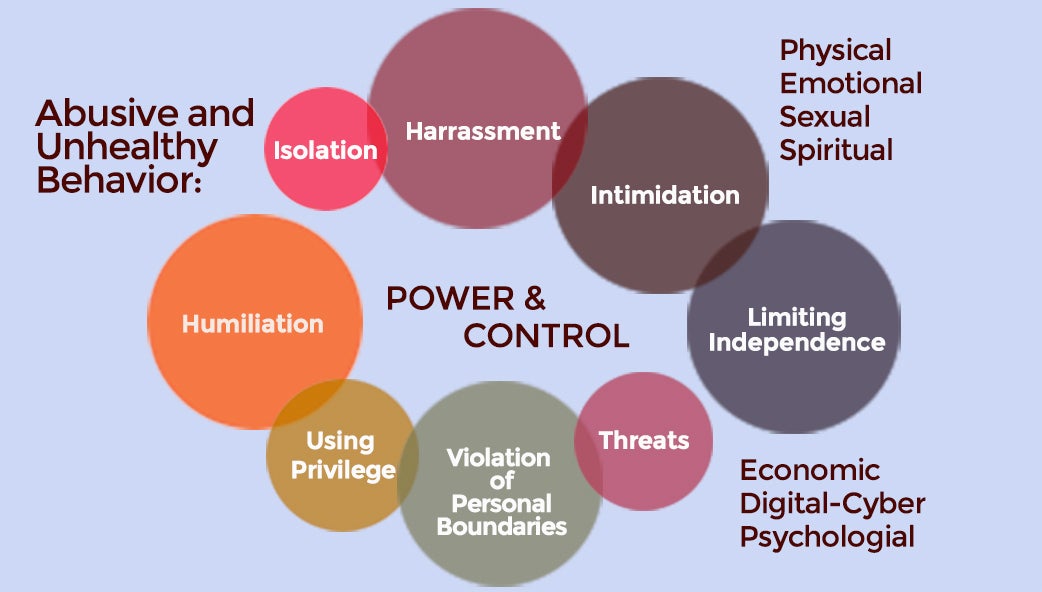 Relationships exist in every part of our lives. Whether it's a short- or long-term relationship, or hooking up with someone for a long period of time, any behavior or action used to harm, control or intimidate a partner or previous partner can be defined as intimate partner violence (dating violence, relationship violence and domestic violence are terms that are also used). These behaviors can include grabbing, pushing, pinching, yelling, making demeaning comments, hitting, strangulation of the neck, not letting you spend time with friends or family, or making you feel guilty for not spending time with your partner.

Signs of abusive behavior may include:

The Cycle of Violence 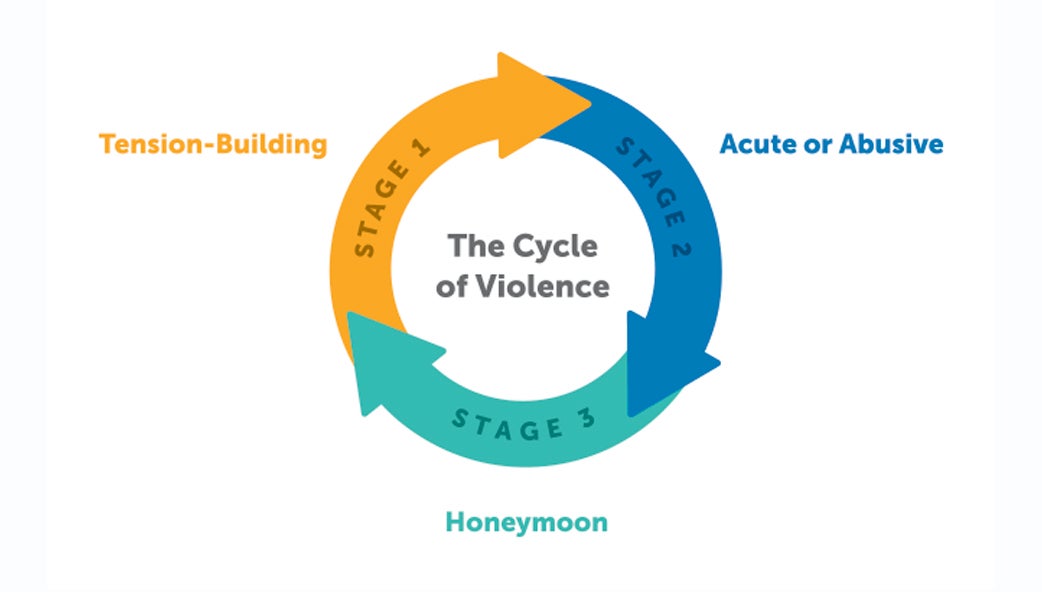 If you or someone you know is experiencing sexual violence, contact a CARE advocate. CARE advocates are available Monday–Friday, 8:30am–4:30pm.